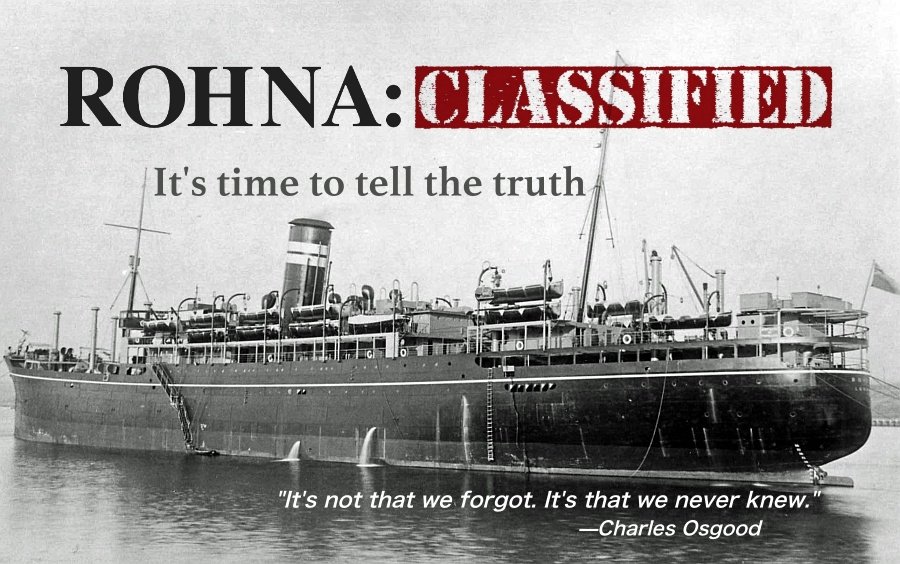 After years of filming interviews with Rohna survivors and their families, Rohna author and past TRSMA President, Michael Walsh has teamed up with filmmaker Jack Ballo to produce the upcoming documentary Rohna: Classified.

The Ultravision Films movie has been in production for over a year and is expected to be released in late 2020. More information about the film can be found on the movie website.

The greatest loss of life at sea by enemy action in the history of US war was covered-up when the first radio-guided missile attack ever launched against the United States killed over 1,000 US soldiers. Hitler’s secret weapon attack was erased from history along with the men who died when the burning ship sank to the bottom of the sea.

The US War Department declared the Rohna attack “Classified” indefinitely ordering all survivors to remain silent in a cover-up scandal that left over a thousand Gold Star families in the dark. 50 years later, one survivor decided it was time to tell the truth.