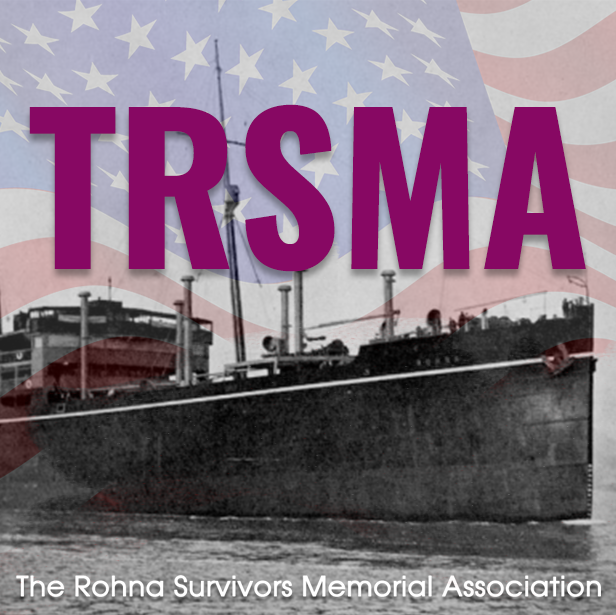 In 1999, articles and by-laws were drawn up and the Association defined its goals which are:

This web-site has been established for, and is dedicated to these goals.

The Articles and By-laws also provide for membership automatically to be afforded to Rohna survivors, next of kin of casualties and survivors, members of the Pioneer crew, all personnel assigned to ships in Convoy KMF-26 including the HMT Rajula. In one voice, the writers of the Articles and By-laws also agreed that, although there may be occasional non-mandatory requests for donations in order to meet expenses, there would be no dues assessed as part of membership.

The directors held their first official meeting of The Rohna Survivors Memorial Association at a reunion in Dayton, Ohio on May 1, 1999. At that time, several actions were taken.

The Rohna Survivors Memorial Association web-site was declared the sole sanctioned and official web-site of the organization.

In order to protect the organization name and avoid public confusion, the directors also acted to provide that no other individuals, groups or organizations may use the The Rohna Survivors Memorial Association name in connection with newsletters, gift items, media, web-sites, or in any other means, etc., without prior expressed approval and sanction of the directors. To date, no requests have been made and none granted.